Solo is versatile - many components are swappable for alternatives - options are listed below.

The soundcard digitises the analog microphone signal into digital data, which can then be (optionally modified in software and) stored on the memory card.

The recommended microphone in the Solo:Basic is the Primo EM172 (datasheet) Primo website. Primo make a “capsule” which has no connectors and needs soldered, but people like this sell them (in the UK) with cables, and nicely packaged (‘Clippy’) with windshelds, and will sell you a matched pair if you want to do stereo recordings (be sure to choose a soundcard that can handle stereo input, in this case). UPDATE 2018-08-03 no sound cards currently support stereo microphone input (the SoundBlaster Play 3 was thought to be stereo but is not).

Any microphone that offers a 3.5mm jack should work - including ones like the Sennheiser ME-66 microphone, which is directional, expensive and requires an internal battery (that might run out), or really cheap “lavalier” microphones if you don’t care about sensitivity so much.

Recently (Jun 2018) people have reported success using the Solo with this hydrophone and the SB3.

The recommended version is the Raspberry Pi 1 model A+ because it consumes the lowest power and is cheap.

Note that the Raspberry Pi zero and zero-W require a USB adapter to be able to connect to normal USB soundcards/microphones. When I bought my pi-zeros they came with such an adapter included, but you should check. These 2 “zero” versions of the Raspberry Pi also lack “header pins” which are what the clock modules attach to. Again, my pi-zeros arrived with separate header pins that I soldered on to the board so I could then attach the clock module. But that’s not for everyone. Other versions of the Pi don’t have these quirks.

Solo takes it’s power over a standard USB-micro cable. The recommended power supply for field use is a USB battery bank, but longer deployments can be achieved using larger (car/deep cycle) batteries.

The EC technology 24000mAh powerbank will power a Solo for around 5 days. 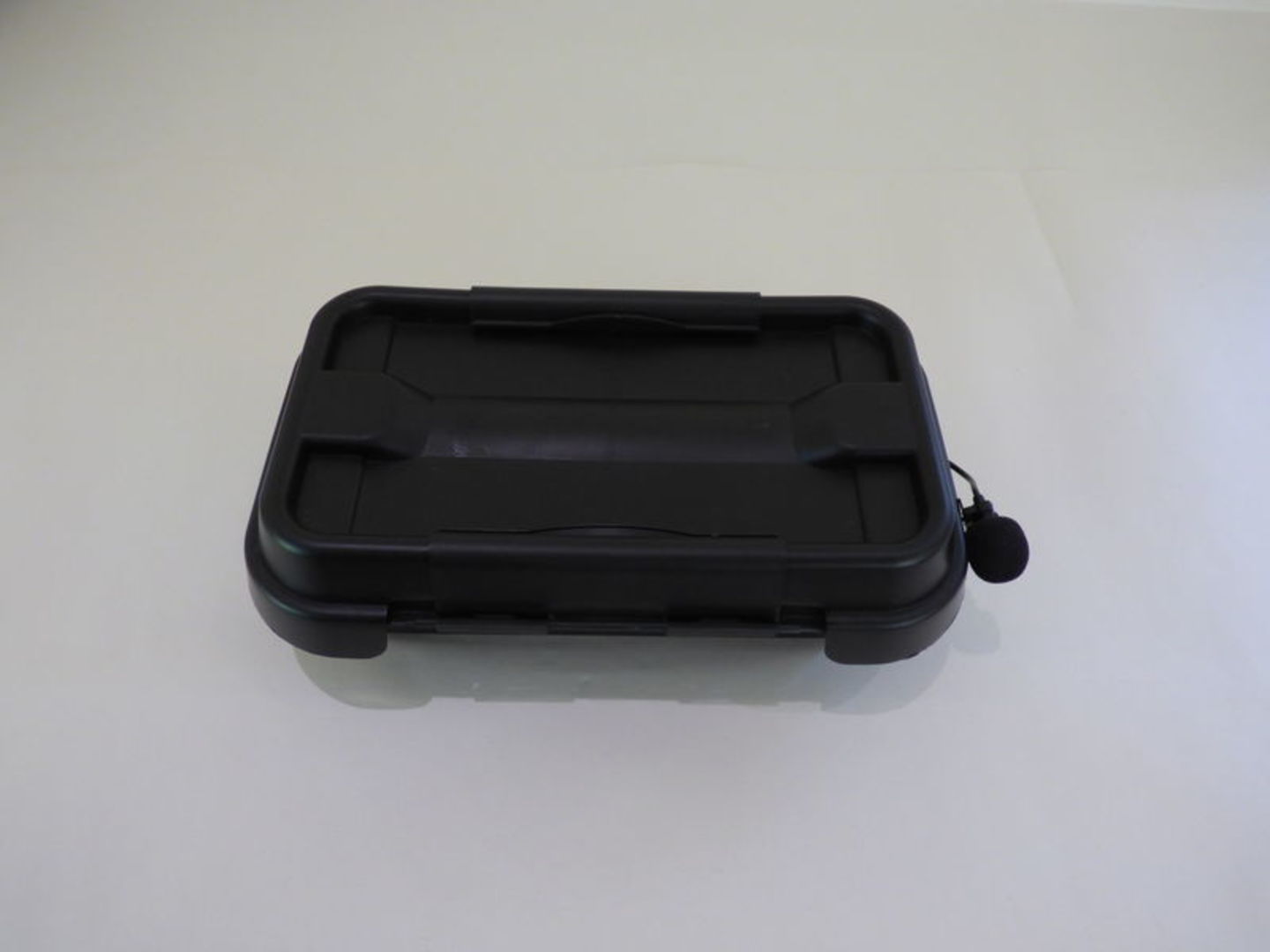 The DriBox line of waterproof outdoor enclosures are good - particularly version 200 since they have a good system for the passage of cables from inside to outside. It is marketed for use for mains (utility) power in domestic gardens - for things like christmas trees or water features. Thesy are IP55 certified and cheap.

The lid acts as an umbrella over the entire unit. It has spongy seals at each end of the box, which squeeze around the cables making a good seal.

I also advise the use of an enclosure for the Raspberry Pi, mostly to protect it from being bashed around in the main enclosure (in transit, for example). A reasonable choice is this one costing less than a pound.

Card extender - a flexible cable to keep the SD card further away from the Raspberry Pi.

The photo (click to enlarge) shows an “extension cable” for your micro SD card. This means all the fiddling with the memory card is now much further away from the delicate electronics. It costs a few pounds from online sellers in China. 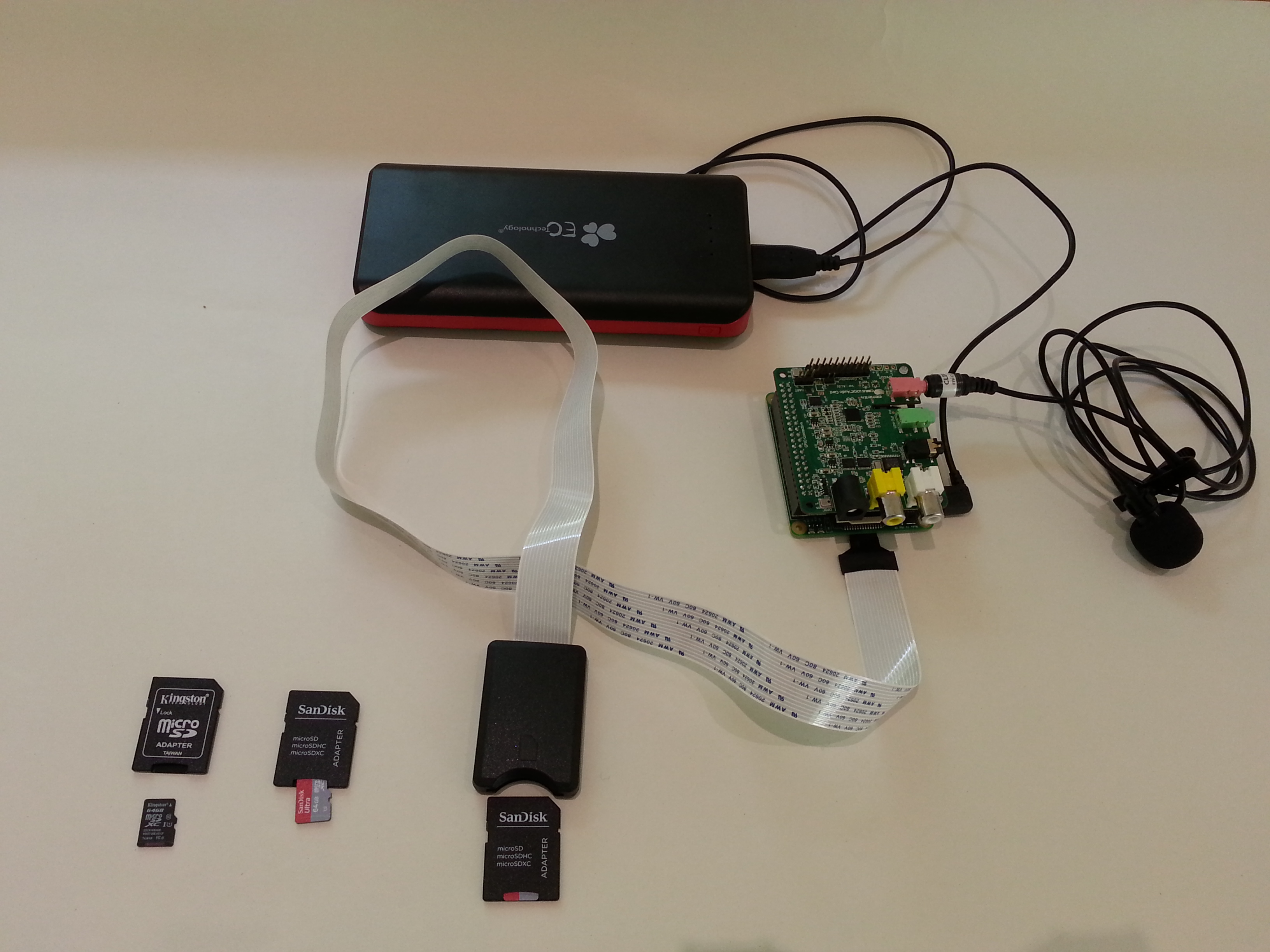 This would allow you to seal up the little box to keep the electronics much safer.

This extender also changes the “format” of the card, from “micro SD” to “SD”, which I didn’t really mean to do when I bought it, but I realise it’s a good thing. I prefer the size of the SD-card (over the SD micro size) when working outdoors. Most of my micro SD cards were supplied accompanied by one of the adapters (to make it into the bigger SD size) - I show a few in the photo.

To use it: plug the extension into the Solo and then you don’t go near that end of it again. All the activity happens at the nice big black plastic SD-card holder on the other end, which can be 60cm away from the electronics (cable lengths will vary). You could velcro (blu-tac) it to the side (or under the roof) of the big enclosure.

This is much more comfy to use in the field when you might have wet slippery, dirty, muddy, cold, shaky hands. And it’s much better for the electronics too - keeping them clean and dry and away from the many dangers of human contact (water, dirt, shorting, static, physical damage, etc).

If desired, you can now completely waterproof the “little box”, and never go into it again (except to change clock battery). Add a pouch of sillica-gel, and seal it up. The box I normally recommend isn’t perfect in this situation, as it doesn’t really fit well with the extension plugged in. Slight pressure on the lid is likely to “unclick” the extension cable, so it’s best to turn it to a different orientation. Or get a different “little box”.

Search for “SD micro extension cable”. I like to use image search. Many of the listings (eBay for example) describe them as having a “TF” (TransFlash). This appears to be the same as SD-micro wikipedia, but I can’t be sure - caveat emptor.

If you try to buy one with micro SD on both ends, it looks like the remote end (the end NOT by the Solo) doesn’t have a particularly good plastic covering around the connector - certainly on the models I’ve looked at - so be aware of that.