The Witty Pi 2 has proven to be an unreliable accessory to the Solo.

Witty-Pi-2 support is frozen as it is now (August 2019) and will not be improved.

It is now considered unreliable. If you have been unsuccessful in using Witty Pi 2 hardware, it can still be used as a very good clock module (changeable battery) - simply leave the “WITTYPI=no” option in amon.conf. The Solo will use the Witty-Pi-2 as a clock module. Just ensure the power cable runs to the Raspberry Pi, NOT the Witty Pi 2.

And those for whom it’s working well can continue using it as you currently are - support is not being removed.

Note: even with “WITTYPI=no” in amon.conf, calendars can still be used to define periods of recording, but there will be no “power-off” between recording sessions, so no benefit to battery life, but more strategic use of memory-card space is possible.

The Witty Pi 2 adds both a clock module and power management to any Raspberry Pi. It is now (unreliably) supported in the Solo, so recording happens according to the predefined times prescribed in the user’s selected calendar, and the device is turned off when not recording, thereby saving valuable battery life. 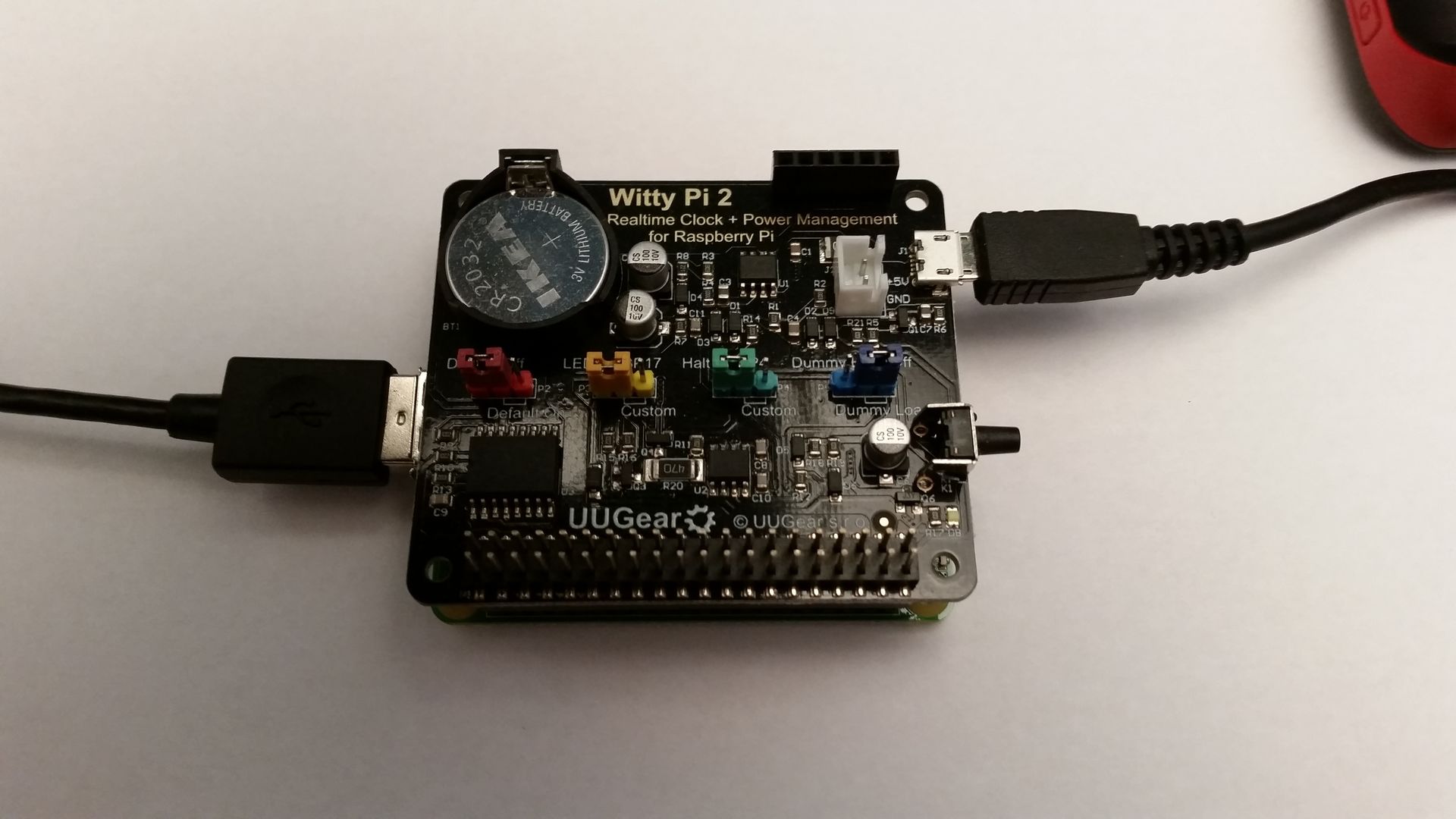 Observe the raspberry-pi’s lights to confirm that it is periodically turned off and then reboots at the times corresponding to those in your chosen calendar. It is advisable for new users to use the 5m-on-5m-off.sh calendar to see the reboot sequence in action and confirm it is working.

Calendars define the on/off schedule for the Solo. They live in boot/calendar/ directory and are activated by setting CALENDAR=xxxx in amon.conf. There are 3 pre-defined calendars (as of 12 Sept 2018), but you can write your own (see below).

Other versions of the Witty Pi

There is also a “Witty Pi Mini” product which has the same form-factor as the Raspberry Pi Zero. This board should also work with Solo, however beware: it has no battery to run its time-chip. Instead it uses a “super-capacitor” which lasts only “about 17 hours”, rather than the normal coin-cell battery on the Witty Pi 2 that will run the time-chip for several years.

This means that the Witty Pi Mini will forget the time and date if it is disconnected from power for a period more than 17 hours. In my own setups, this would be unworkable, but perhaps your setup is different.

Caution: I haven’t explicitly tested the Witty Pi Mini’s support (I don’t own such a board), and am inferring this information from the manufacturer’s documentation. Let me know how you get on if you try the Witty Pi Mini.