I measured the power consumption of three different Solos. They differed in only one way: the underlying model of Raspberry Pi - I used A+, the B+ and the Pi-Zero.

Each system was connected to an EC technology USB power bank through a standard USB cable which had been interrupted on the positive line to allow an ammeter to be inserted (Fluke 117). Readings on the display are milli-Amperes. The voltage is 5V (cos it is USB bus power), but this was not measured directly. The battery back was full, and showed no loss of charge over the period of the measurements (on it’s little LEDs)

The Solos were in normal operating mode - recording at 16kHz, mono, 16bit - writing to the memory-card. The memory card was the same thhroughout, and although the microphones are different individuals, they are the same make and model.

Each of the systems is shown below next to a photo of the setup.

Given that the A+, in field tests, achieves about 5.5 days of recordings from this EC power bank, we should expect the B+ to see under 2 days worth.

The B+ has a lot of unnecessary hardware running, that we don’t use; the USB hub and ports, and the ethernet port, for example. It could be that there are ways of shutting down all this extra hardware on the B+ but I didn’t try because I don’t know how. (“echo off > /sys/class/bus/usb/power” or something?)

Note: you need to solder pin headers onto the pi-zero to get it to connect to the Cirrus Logic Audio Card. The other Pi versions come with pin headers already attached when you buy it. 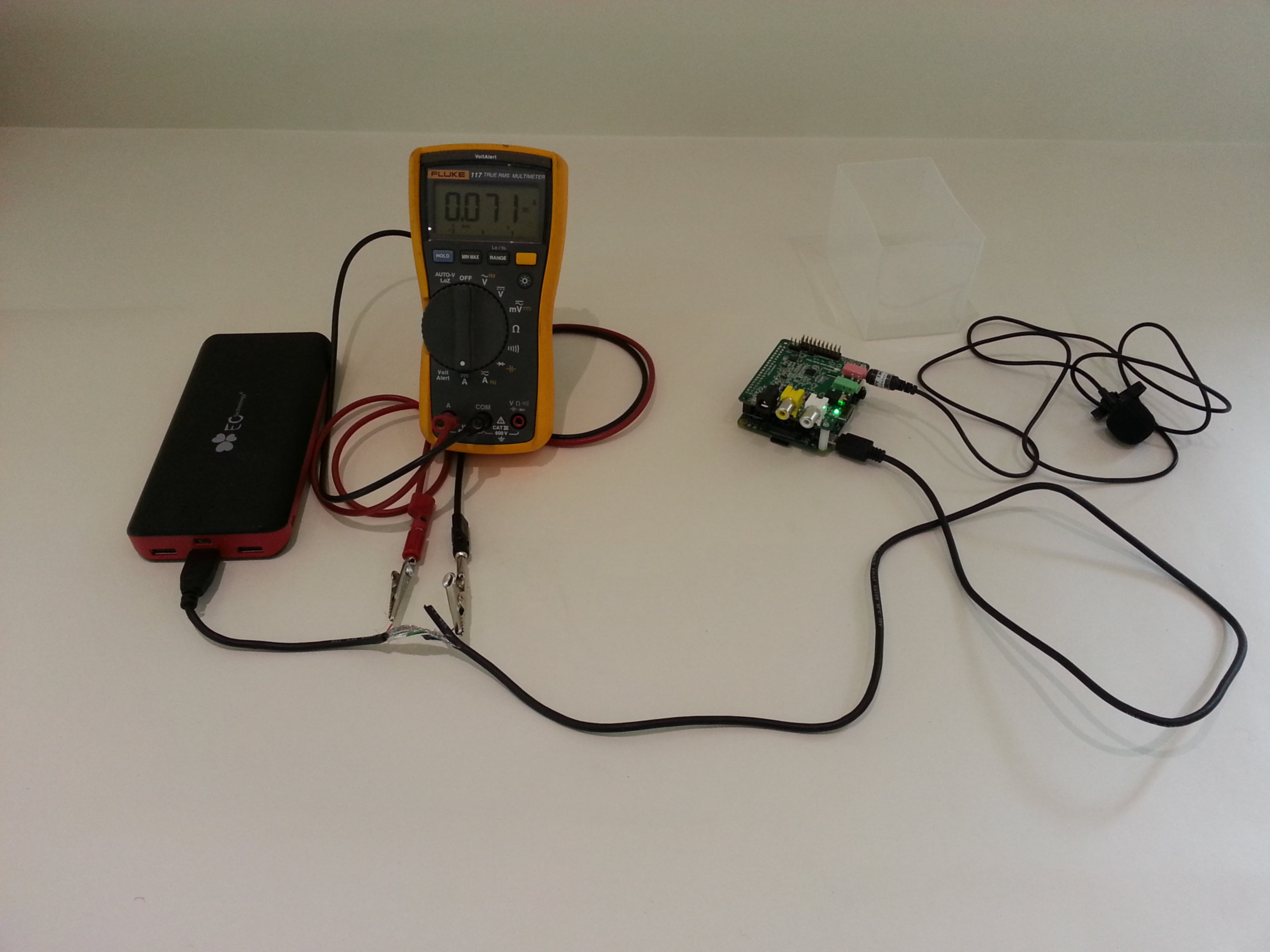 This result was lower than I’d imagined. 0.35 Watts is pretty low for a fully running system, although not by battery/embedded standards. This includes all the tricks I know to get power down to a minimum on the A+ 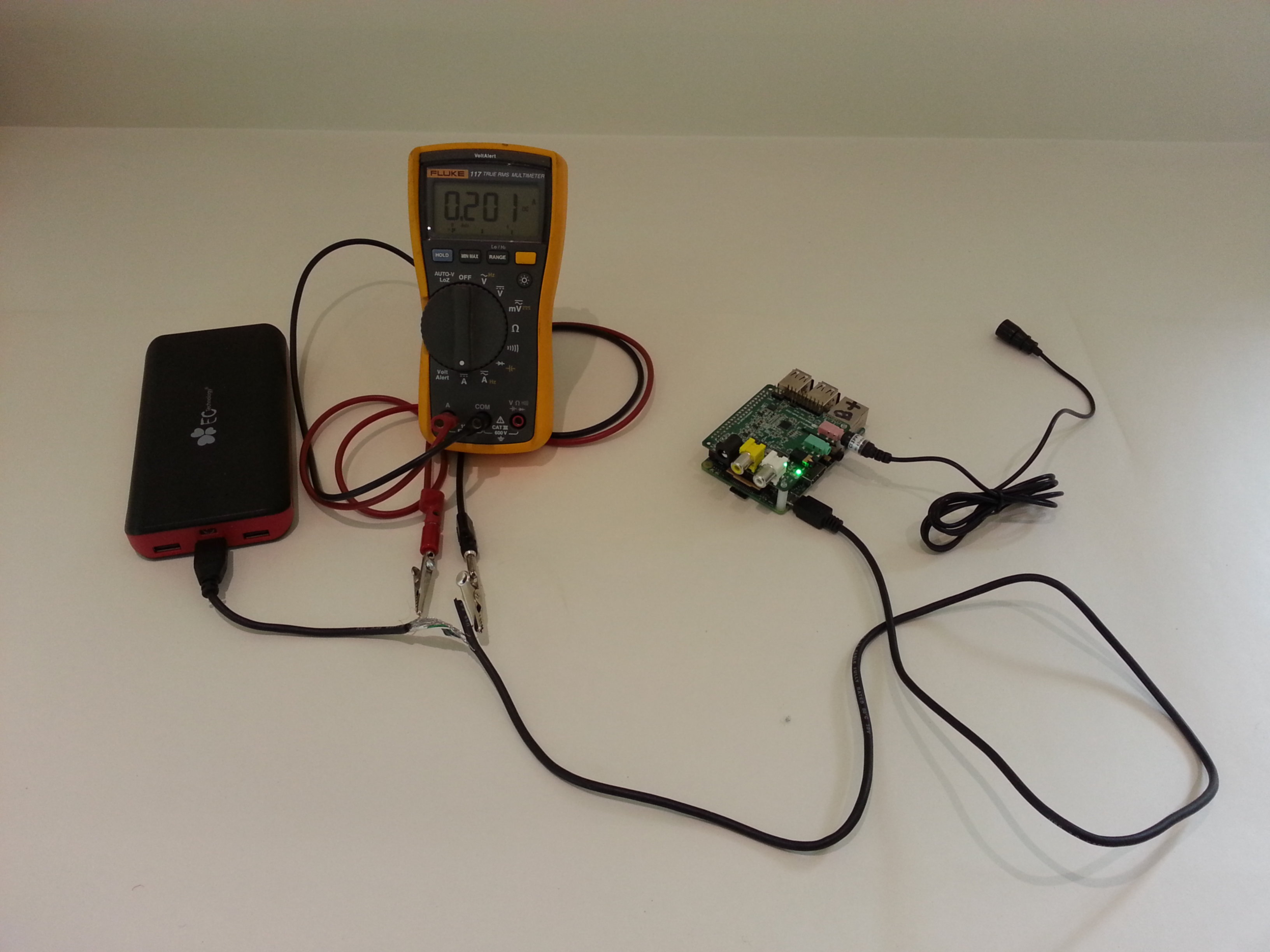 By comparison with the A+, this is a big leap. The Raspberry Pi B+ includes lots of hardware not on the A+; an ethernet port and a USB hub. These extra components need more power to run, obviously. But that’s a lot more. 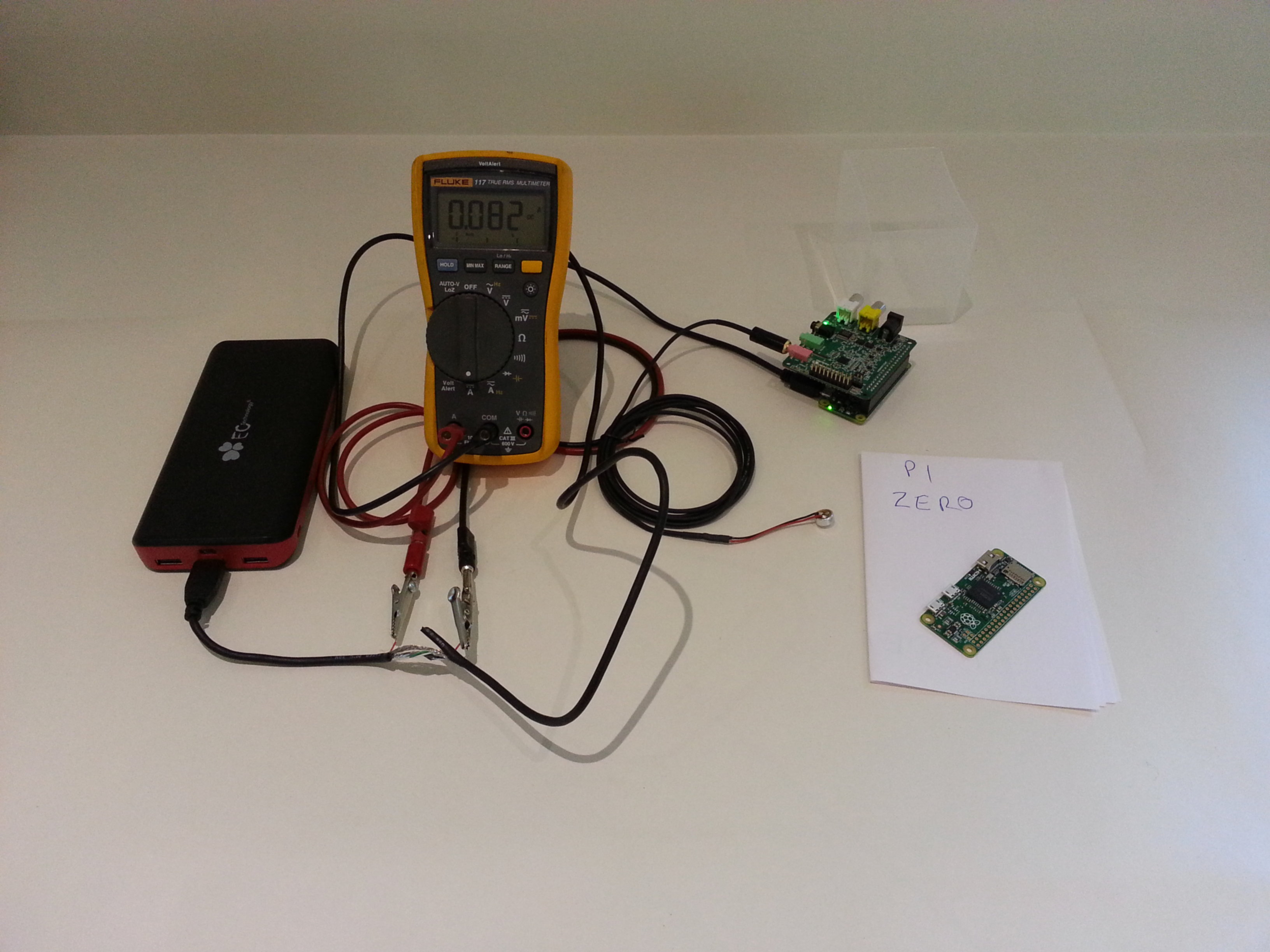